Staff of the Department

Research of the Department (Department of Selenoprotein Research at NIO)

This department at NIO was newly founded in 2020 as a pure research department, dedicated to research on the function and importance of selenoproteins in health and disease. For its establishment, NIO recruited Prof. Elias Arnér from Karolinska Institutet in Stockholm, Sweden, who is a world authority in the field of selenoprotein research. Prof. Arnér concomitantly maintains his position at Karolinska Institutet while he also has a part-time affiliation at NIO as Head of the Department of Selenoprotein Research. The activities at the Department are thereby closely linked to the research conducted by Prof. Arnér in Stockholm, with exchange of staff and research ideas between the two sites.  For further information on the activities of the Arnér group in Stockholm, see https://ki.se/en/mbb/elias-arner-research-group.  For publications by Prof. Arnér, see https://www.ncbi.nlm.nih.gov/myncbi/elias.arner.1/bibliography/public/. 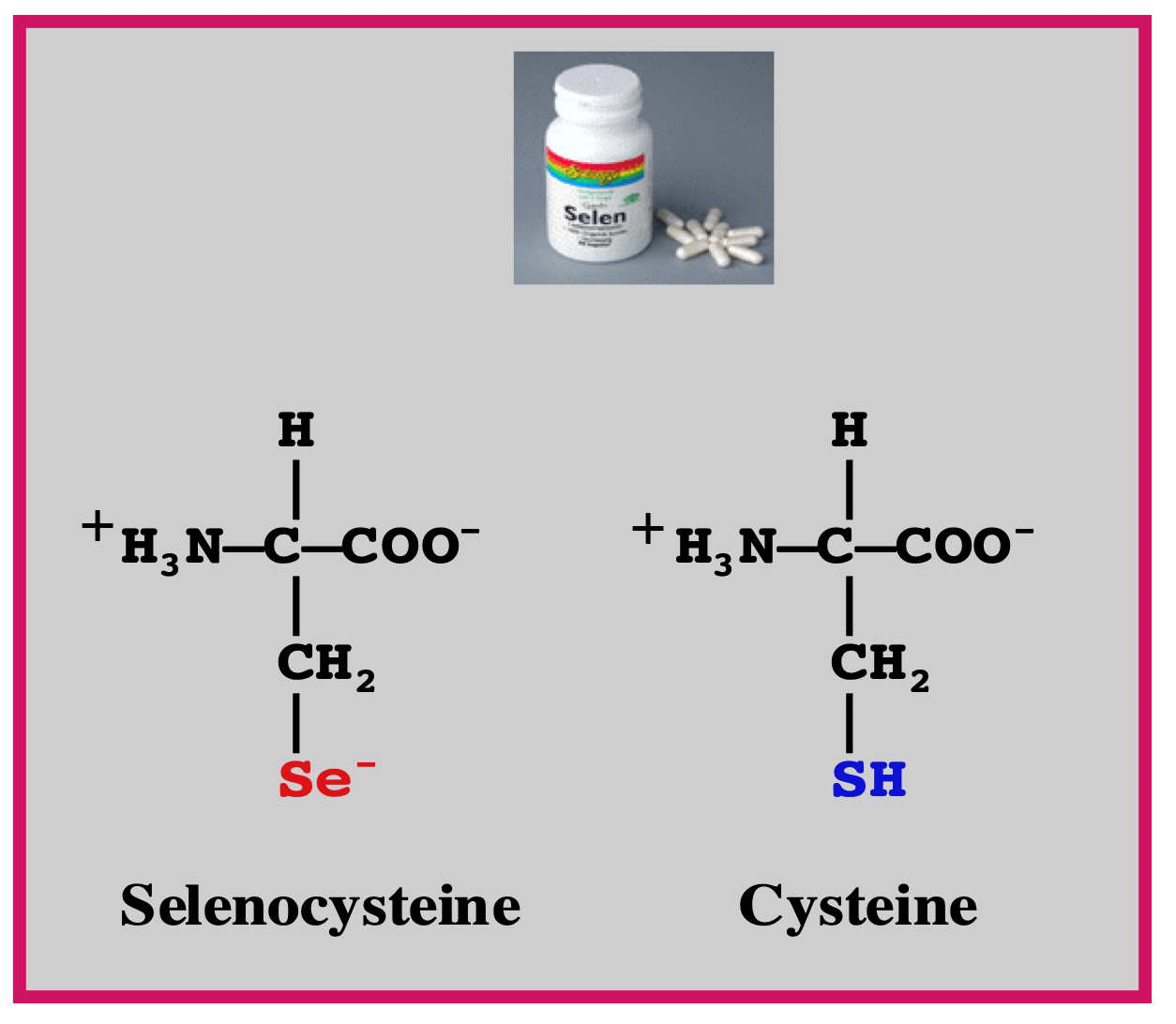 Overriding aim and significance of our research

Our major aim is to increase the understanding of selenoprotein functions and their significance for health and disease, especially cancer, with the purpose of improving medical therapeutics that target redox perturbations in disease and developing new applications based upon recombinant selenoproteins. Specifically, we aim to answer the following questions: •    How can selenoproteins be produced with high efficiency, to facilitate in-depth studies of their molecular mechanisms and functions? •    What are the roles of specific selenoproteins in cancer and how can their unique biochemical features be utilized to improve cancer treatment?

Our studies are expected to yield important insights into functions of Sec in selenoproteins, having major importance in several aspects of health and disease. Specifically, our results provide mechanistic insights into the roles of TrxR1 and GPx4 as targets for anticancer therapy, enabling the development of more efficient and specific anticancer therapy protocols. Our novel biotechnological applications based upon recombinant selenoproteins are of potential importance in several medical fields, specifically personalized cancer diagnostics using functional imaging and novel modalities for cancer treatment. Collectively, these studies lead to increased knowledge of selenoprotein function, with insights into molecular mechanisms geared towards improved cancer care.

Our studies focus on selenoproteins, i.e. proteins carrying the rare selenium-containing selenocysteine (Sec) residue (1-3). Because Sec is significantly more reactive than its common sulfur-containing Cys homolog, selenoproteins have unique features with high chemical reactivity and facilitated catalysis of redox reactions (1). There are exactly 25 genes in the human genome encoding selenoproteins, including enzymes such as thyroid hormone deiodinases, thioredoxin reductases (TrxRs) and glutathione peroxidases (GPXs) (4). Selenium deficiency results in insufficient selenoprotein synthesis with cardiomyopathy, cancer and male infertility (2). Knockout mice deficient in tRNA for Sec die at implantation, similar to the embryonic death of mice lacking thioredoxin (Trx) or TrxRs. Thus, TrxR isoforms are essential for life, or at least for embryonic development. TrxRs have a catalytic Sec residue at their C-terminal ends and catalyze several forms of redox reactions, the understanding of which has been a main focus of our studies for the last two decades (5-8). It should be underscored that the whole human Trx system, with a wide range of functions, is fully selenium dependent because of TrxRs being selenoproteins.

Synthesis of selenoproteins involves a natural expansion of the genetic code

Insertion of Sec occurs co-translationally at dedicated UGA codons. Because UGA is normally a stop codon, expression of selenoproteins necessitates a natural expansion of the genetic code. This occurs through Sec-specialized translation factors interacting with an mRNA structure called a SECIS (Sec Insertion Sequence). SECIS features differ between bacteria and mammals and make direct expression of mammalian selenoproteins in E. coli impossible. Mainly due to a lack of selenoprotein supply, few selenoproteins have yet been obtained in larger amounts for in-depth studies. However, in 1999 we expressed mammalian TrxR1 in E. coli by engineering a bacterial-type SECIS element, which was the first time a mammalian selenoprotein was produced in bacteria (9). Inspired by the success of that approach, we developed a Sel-tag for recombinant proteins mimicking the C-terminus of TrxR1 (-Gly-Cys-Sec-Gly). The high chemical reactivity of Sec in this Sel-tag could be used as a chemical "handle" for site-directed targeting, including radiolabeling with positron emitters for PET imaging. Our first study of the Sel-tag was published in the launch issue of Nature Methods (10) and further described in the first volume of Nature Protocols (11). We have since developed the Sel-tag for diagnostics (12-14) and continue to refine this methodology, which is one line of our research. The methods that we have developed for selenoprotein production puts us in a unique position worldwide for studies of selenoprotein functions.

Scheme of the features of selenoprotein-encoding mRNAs and the differences between those of bacteria compared to mammals.

Several electrophilic anticancer drugs target the reactive Sec residue of TrxR1, which explains some of their efficacy (15,16). We also found that selenium compromised forms of TrxR1 induce cell death by a gain of function in the form of SecTRAPs (Selenium compromised thioredoxin reductase-derived apoptotic proteins). Formation of SecTRAPs may accelerate both efficacy and side effects of electrophilic drugs used in cancer therapy (17,18). Recently we performed a large screening effort to find novel compounds targeting TrxR1 and producing SecTRAPs, finding that such compounds indeed also function as potent anticancer agents, at least in mouse models (19). GPx4, essential during development and for certain interneurons in mice (20), is also a potentially important selenoprotein anticancer drug target. To further understand and employ these selenoproteins for improvement of anticancer drug protocols is another important aspect of our research.

Many clinically used anticancer drugs target the Sec of TrxR1.

Recently, after almost two decades of efforts, we finally succeeded in developing a method for production in E. coli of recombinant selenoproteins containing internal Sec residues, which is much more challenging than expressing TrxRs or a Sel-tag, with Sec located close to the C-terminus. We found that using a release factor 1-depleted host strain with tailored insertion of Sec at a UAG codon (instead of UGA), we are able to produce selenoproteins with internal Sec residues without the use of a SECIS element, which we demonstrated with production of human GPX1 (21). This was a major breakthrough for us, as the technique opens up the power of recombinant production for virtually any kind of selenoprotein. To build upon the potential of this powerful method is hence a major aspect of our continued research. We will now, for the first time, be able to compare the two major GPX isoenzymes, GPX1 and GPX4 (which we recently succeeded in producing in the form of active selenoprotein enzymes), side-by-side in terms of biochemical characteristics. GPX1 is believed to be important in mainly reducing H2O2 in the cytosol, while GPX4 adheres to cellular membranes and is known to reduce phospholipid hydroperoxides and protect cells from the iron-triggered and lipid peroxide-dependent ferroptotic type of cell death. However, shared or overlapping activities between the two enzymes have been insufficiently studied. After our initial characterizations of the two enzymes, we subsequently aim to screen both isoenzymes for selective inhibitors, following a similar path in collaboration with the screening facility of NIH at Bethesda, USA, as we did in our discovery of novel TrxR1 inhibitors (19).

Recently we published novel inhibitors of TrxR1 having anticancer properties (19). To further study the anticancer potentials of these inhibitors is one important aspect of our studies. With targeting of GPX4 likely being a promising rationale for cancer therapy, as the enzyme can protect cancer cells from ferroptosis, specific inhibitors of GPX4 would likely complement the targeting of TrxR1 in cancer therapy, and overall expand the therapeutic potential of selenoprotein drug targeting. At NIO we have good possibilities to take our inhibitors to clinical applications, considering the excellent oncology expertise and facilities available at NIO.